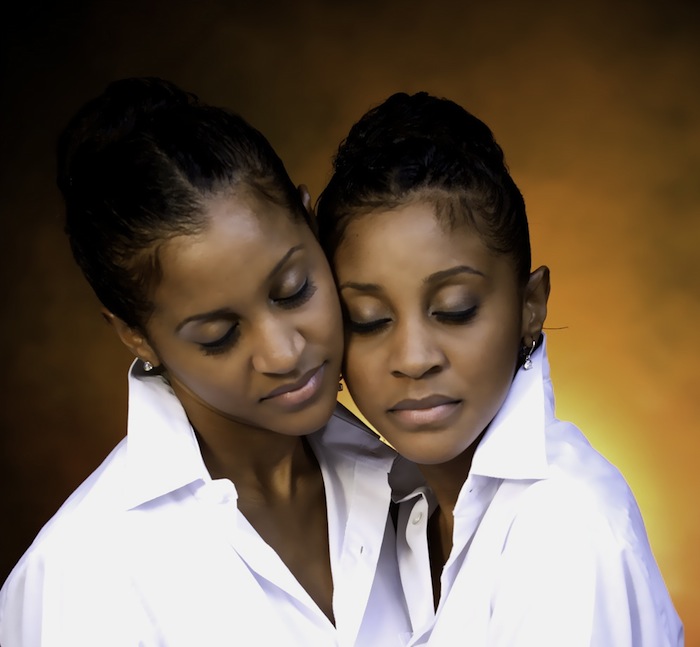 This peace was originally published in Outlish digital magazine as K2K: Fashion, Mas & Philanthropy on 13 August, 2012

“A breath of fresh air.” That was the phrase that numerous people used over and over when I spoke to them after K2K’s launch of their 2013 Carnival presentation, The Human Race last Thursday. Twin designers Karen and Kathy Norman have introduced something to the Carnival landscape that one patron described as the nation as being “desperate” for. Again and again, people praised their creativity, their passion, their storytelling, and the unique combination of honouring the old and heralding the new that K2K has come to define.

I am probably a good of example of a typical K2K masquerader. When 2012 rolled around, it had been five years since I had last played mas. This was very, very odd for me. From birth through 18, before I left for university, I was on the road every single year. I played for the first time as a youngster, when my mother had an extra costume in Wayne Berkeley’s Strike up the Band. As an adult, I played in Harts, then Poison and Island People. But after three years in the BBF bands, and with the price tags climbing astronomically, I began to lose my taste for the festival. I thought of playing in other bands, but nothing really moved me – artistically or socially. Even J’Ouvert began to seem like an empty, excessively commercialised ritual. So, from one of Carnival’s hugest enthusiasts and proponents, in 2008 I did the unthinkable: I stayed home.

Blessedly, that changed in 2012. While browsing casually on Facebook as us social media managers are wont to do, I came across a comment made by an old St. Joseph’s Convent (POS) classmate, saying that the Norman twins were bringing out a band. It was an arresting comment. Karen and Kathy Norman had been a year ahead of me at SJC, and fellow founder members of the Marionettes Youth Chorale. I could still picture them meticulously working through lunchtime in the art room, producing bold, dramatic paintings that seemed far beyond their years. Despite their remarkable talent, they remained some of the sweetest, humblest girls I have ever met.

After studying in the US, they took up jobs as investment bankers on Wall Street in New York City. The hours are gruelling, the pace frenetic. But whenever they have an opening, they fly back to Trinidad to continue building their dream business: one incorporating fashion, mas, and philanthropy. Combining their training in art, business and finance with their commitment to bringing about cultural and social change, the twins launched K2K Alliance & Partners in 2011. In under a year of operation, their vision, attention to detail, creativity and humanity set them apart from virtually every other band currently in operation.

Despite being thrust into the national spotlight, with so many wondering who these young trailblazers were, fame and fortune have never been the driving factors for Karen and Kathy, who run K2K essentially as a non-profit. “If the band could have been out there on its own without people knowing who we were, we would have been happy with that!” joked Karen. In fact, when editor Laura Dowrich-Phillips wanted to put them on the cover of last week’s Metro magazine, the ever-retiring girls insisted it be one of the costumes instead. They also had to be convinced to come out and bow at their own band launch.

Quite apart from trying to dodge the spotlight, growing their business is not an easy road. Carnival bands depend heavily on sponsorship in this highly commercialised environment, and sponsors seem to be following band numbers. However, K2K competes in the medium band category at Carnival (up to 600 masqueraders), numbers that don’t seem to give sponsors the kind of mileage they’re looking for. So the big bands, regardless of the quality of the mas they produce, win the big sponsors. The twins, then, have funded the band with the support of private investors, their own savings from years of working in New York, and from forward-thinking sponsors like Cher-Mere.

“When we started, [Roger Roberts of 3canal] asked whether we really wanted to do this – the hard work, the politics… but it’s been such a journey, starting from the story, to the production…to working with some amazing people through the process [like] Geraldo Vieira, Ernesto Jardine and Ann-Marie Akeung…” mused Karen.

The twins press on undaunted, however. Their commitment to their vision of Carnival and the social change they want to see fuels them ever forward. They have been inspired significantly by local mas designers Wayne Berkeley and particularly Peter Minshall, while crediting fashion designers like Marchesa, Alexander McQueen, and Roberto Cavalli as major influences in their clothing design.

“We thought, great let’s blend mas with fashion, or art with business… We built the financial model, did the math, and now are putting the math into practice… It’s been a real learning curve for the whole family. We’ve been dragging along [our mother, Althea], who win or lose has been there with us. Karen and I would like to take back our idea of Carnival to the international forum,” Kathy explained.

Last Thursday, they launched their sophomore band, The Human Race, the second instalment in their design and storytelling trilogy. Their debut band, The Waters: Seas of Consciousness, copped four awards in the National Carnival Bands Association competition earlier this year, and they hope to significantly better that result – as well as all aspects of the band’s operations – for Carnival 2013. The 10-section band brings to life three archetypes in the “race of life”: the onlooker, the jockey, and the thoroughbred. The theme explores our clamour for “success”: pursuing a dream, resisting pressure, overcoming challenges and forging one’s own destiny. Sound familiar? Beyond the mas band, 2013 also marks the start of their two other core initiatives: their haute couture evening wear line, and their foundation, through which they will donate part proceeds of their business to charities working with at-risk girls.

As they continue to fearlessly run their own human race, they are buoyed by a passionate committee of volunteers, and the ever-growing numbers of their militant support base, all of whom are “down for the cause”. It’s a popularity and outpouring of support the twins never fully anticipated, and which no doubt continues to overwhelm these otherwise private and humble young women. But it comes with the territory for those who have felt increasingly excluded from or disenchanted with the direction in which Carnival has headed. Many – K2K masqueraders and in the general public – are even contending that K2K’s emergence on the landscape has made other mas designers begin to raise their game. It’s a compliment the twins resist: their focus is solely on their own work, their own mas.

But they’re going to have to get used to the attention. Carnival is something many Trinidadians take very seriously. And for those for whom real artistry and an appreciation of the festival’s origins is important, K2K represents a much-needed revolution – that breath of fresh air they’ve been gasping for.